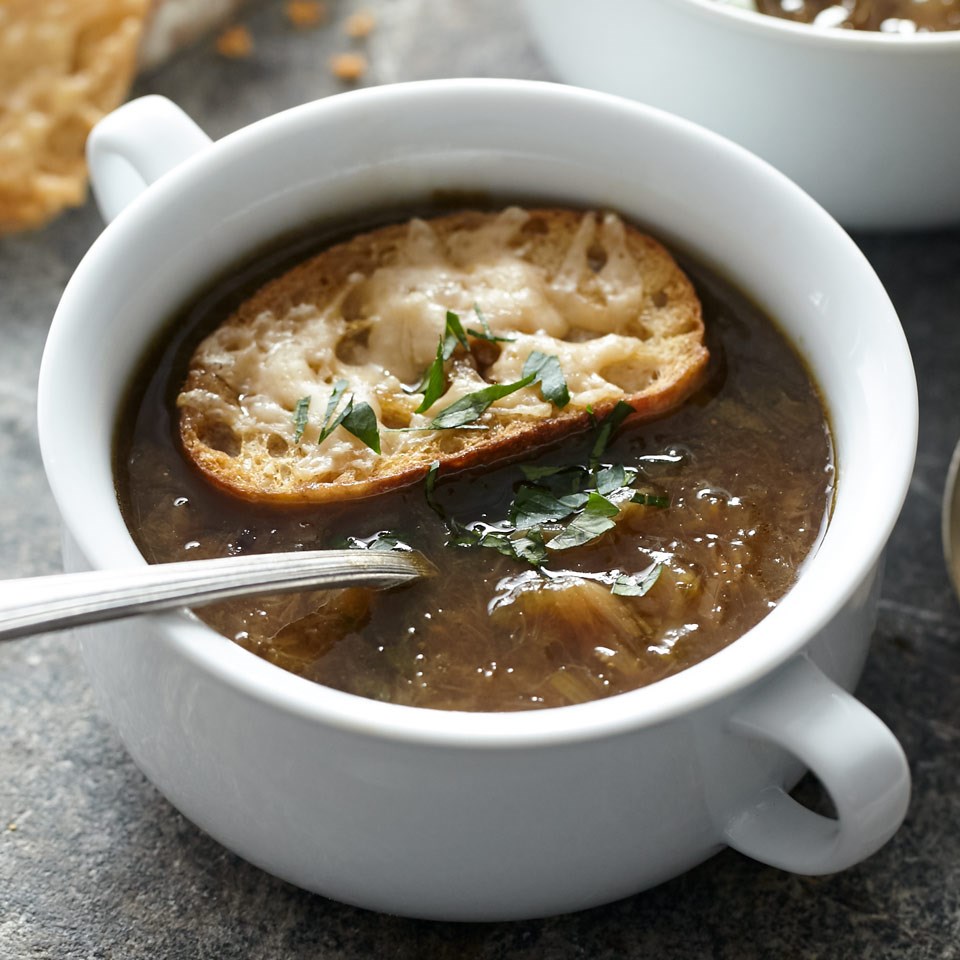 Mmm… onion soup is delicious! The aroma is amazing and they say that making onion soup, breathing the steam, helps decongest the airways for anyone who has a cold or with sinusitis.

In this article, you will discover five simple recipes with this basic vegetable that everyone has at home.

This recipe is light and does not carry sour cream. It’s very simple to do.

Put water to warm, but do not boil. Meanwhile, put the onion to brown.

Break the corn starch into the milk and then place the mixture into the pan where the onion broth is already.

Do not stop moving. Keep the fire low and you will notice that the broth will start to thicken.

After chopping the green scent and the parsley, place them in the pan.

2. Onion soup (creamy and with herbs)

Cut the onions crudely. Put a drizzle of olive oil in a pan and add the onions until they wither.

Then add the cream, water and salt until boiling.

If you prefer, you can beat the soup in the blender.

Chop the onion into very thin slices. Heat 2 tablespoons of olive oil on a large saucepan and place the onion there.

When they are well caramelized, separate a quarter of the onions and the rest saute with the garlic. Add the wine and stir until it evaporates well.

Add the yam, place the water and cover. When the yam is soft, beat the soup in the blender.

Return to the pan, add the onions that had been reserved and season with the smoked paprika, black pepper and salt.

Serve on round Italian bread with a string of olive oil and parsley to decorate.

In a pan, toast the bread with olive oil.

In the same pan add the butter and the olive oil and sauté the onions until they are well wilted, but not roasted.

Add the flour, and stir well.

Add the broth slowly, stirring constantly, until a creamy mixture is obtained.

Leave to cook for 2 minutes.

Put the soup in individual bowls, with a slice of bread over the soup, and the cheese on the bread.

Bake until gratin, and serve then.

This soup can be very light if you make some adjustments because it does not take milk and the broth is made from the onion itself. Another advantage of this recipe is that it reuses old bread, which would go to waste, to thicken the soup, which is much healthier than using milk or sour cream.

The tip here is to brown the bread in the olive oil and dispense the bacon, if you prefer. Also replace the butter with coconut oil. Much healthier.

Beat the bread with the garlic in the blender, add lemon peels and mix. Put the mix aside for now.

Remove the root of the onions and wash very well with the peels, put in a pan with 2.5 liters of boiling water and cook until they become soft. Remove and reserve the broth which should be well browned.

Remove the peels and slice the onions.

In a deep pan, put the olive oil and the butter. Add the onions and sauté over a low heat until they are very wilted and golden

Season with little salt and pepper.

Add the wine and then the bread. Shake well.

Add the broth from the baking and simmer for 10 minutes.

Serve by adding lemon and cheese.

These soups are very simple to make and also cheap, because they are based on the ingredient that everyone has at home, that is onion. 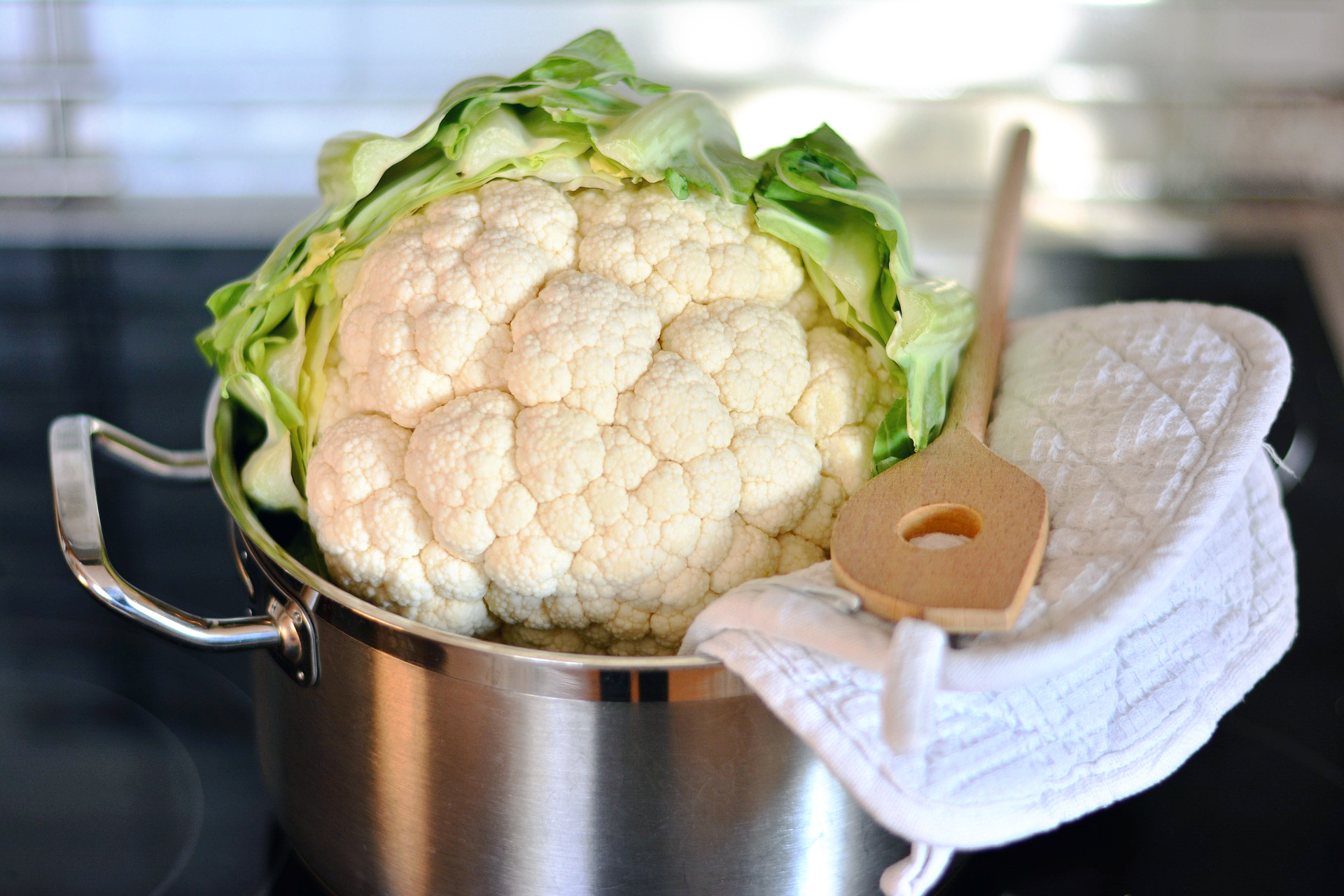 Let's take advantage of all the nutritional and medicinal benefits of cauliflower, a delicious and super nutritious food that can be used in many recipes in a variety of ways.

Before we get to the recipes, let's talk a little about the benefits that this cruciferous (Cruciferae or Brassicae) family plant provides to health and food. So your recipes will taste even better 🙂

The Benefits of Cauliflower