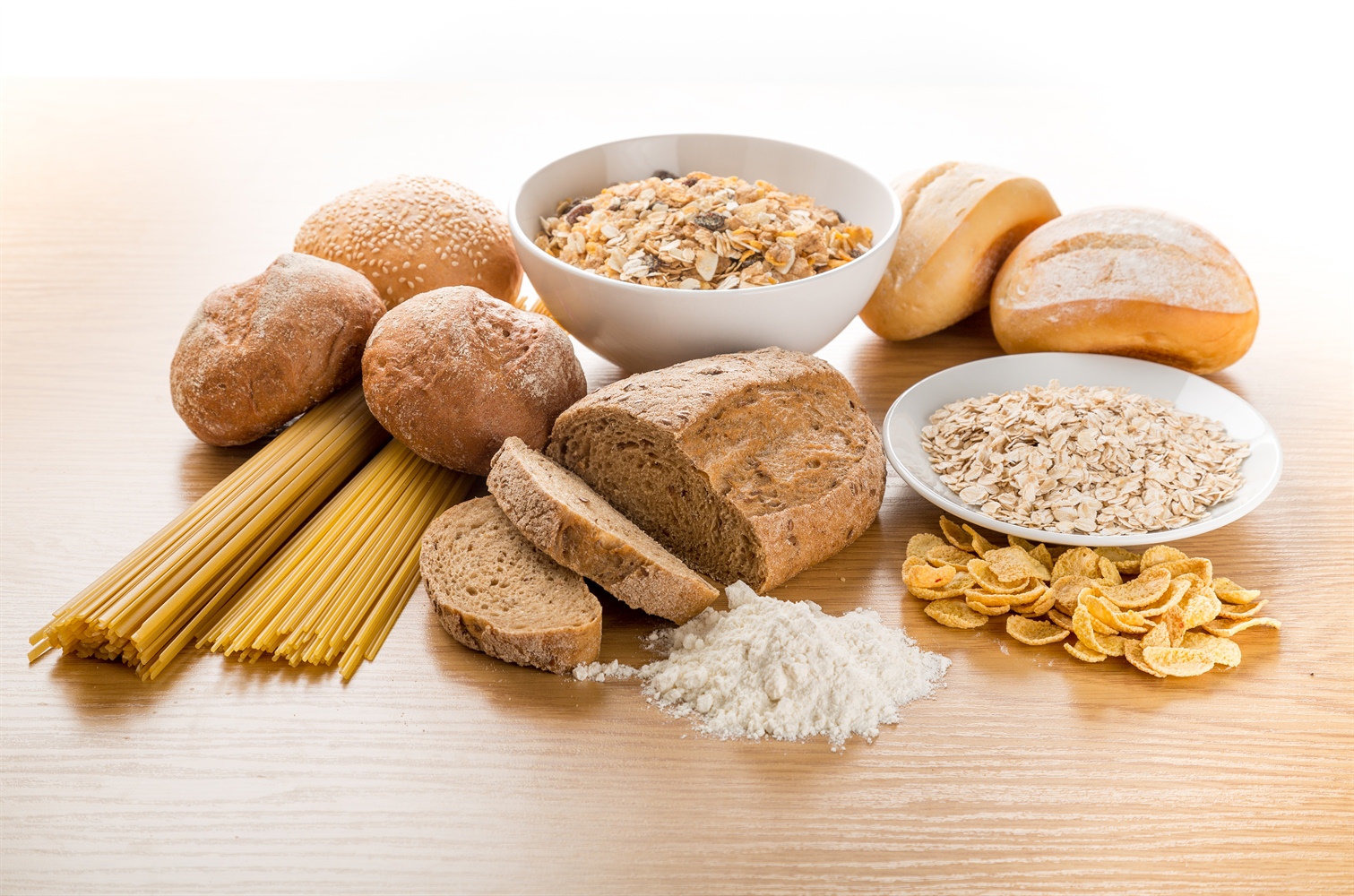 It has gained infamy – cut protein from the diet. Countless books condemn the ingredient. But what is the truth to the story that gluten will make you fat? In this article, we will ask 9 most common questions about gluten.

It is a naturally occurring protein in many cereals, such as wheat, rye, and barley. That is, it is not an invention of modern industry, for example, as was the case with trans fat, just to make a comparison. Gluten gives elasticity to various foods, such as breads: when the pasta is ground, the baker creates the gluten nets, structures capable of imprisoning the carbon dioxide expelled by yeast.

So, the bun rises and stays soft. "And bread, you know, is one of the oldest foods, which has multiplied and evolved with little problem consuming it," recalls nutritionist Mauro Fisberg.

2. Could gluten cause any health problem?

About 1% of the world's population has celiac disease. With celiac disease, gluten is not well accepted by the gut. When it reaches the stomach of these patients (and only in them), it triggers an immune system reaction, which highlights defense cells to attack the region. In this fight, it ends up being left to the intestinal villi, structures that are responsible for absorbing the nutrients of the food.

With inflamed villi, of course the intestines cannot work properly, messing up the intestinal transit, not to mention the nutritional status of that individual. "The most common symptoms are diarrhea, pain, abdominal distension and bloating," says gastroenterologist Alexandre Sakano. But, we are talking about a specific disease that affects one in every 100 people.

Fancy stories that gluten fattens up and spoil the lives of these people. Imagine a celiac patient who claims at a restaurant that they can only eat gluten-free items. Rumors would spread that this guy is someone interested only in losing weight and not as a bearer of a problem that deserves respect and attention.

3. How is celiac disease detected?

The first step is to seek the opinion of a doctor in the face of symptoms such as constant diarrhea. If you are a child, it is best to see a pediatrician. If you are an adult, a general practitioner. These professionals will begin research by doing the patient's clinical analysis. If celiac disease is suspected, it is worth looking for a gastroenterologist, a specialist in the digestive system.

The specialist will ask for a blood test, to check for the presence of antibodies typical of the disease, and a biopsy of the intestine. If the disorder is detected, there is no option: it is necessary to cut all foods with gluten from the diet. And the follow-up of a nutritionist is important in order to avoid embezzlement of important nutrients for health.

4. There are people who accuse gluten of being involved with allergy, intolerance, sensitivity, celiac disease… Every hour, they use a term. Which one is right?

When talking about celiac disease, the use of the term intolerance is wrong. "Nowadays, intolerance or sensitivity to gluten are words used for patients who suffer from malaise when consuming foods with gluten and are not celiac," explains nutritionist Mariana Del Bosco. Normally, when a non-celiac complains after eating gluten foods such as pasta, beer and bread, they receive a diagnosis of non-celiac sensitivity to gluten. Today it is already admitted that up to 5% of the population has this nuisance.

5. Is there, or is there not, sensitivity to gluten?

The subject is controversial. Some experts say yes, but many others say no. A recently published study from the University of Monash in Australia raises questions about the existence of such gluten intolerance. The scientists recruited 37 volunteers who said they were sensitive to wheat and oat protein. In the first week, everyone received a diet rich in carbohydrates of difficult digestion.

The following week, they were divided into three groups. The first one received a gluten-filled diet, the second, gluten-free meals, and the third took a zero protein diet. Detail: no one knew which class had fallen. In the trial period, participants in all three groups reported worsening of gastrointestinal symptoms – even those who had not been in contact with a meager gluten molecule.

And the most curious is that the researcher, gastroenterologist Peter Gibson, conducted an experiment in 2011 that had proven the existence of such sensitivity to gluten. But even he, who was one of the first to lift that ball, was not satisfied with the results.

6. Is it worth cutting gluten from the menu without consulting a doctor?

No. According to experts, foods rich in gluten, within a balanced diet, bring health benefits. "They help control glycemia and triglycerides, increase absorption of vitamins and minerals, improve intestinal flora and make the immune system stronger," says endocrinologist Marcello Bronstein. Who would like to lose this advantage? The secret is in balanced portions. Removing gluten should only happen when indicated by a doctor, ie in the case of celiac disease or non-celiac sensitivity.

Not always – though they seem to be, in people's imagination. Researchers at the University of Houston in the United States have shown that adding magic words – "antioxidant," "organic," and, of course, so much "gluten free" – to product labels, makes the product appear healthier than it really is, at least in the consumer's head. "And the fact that a food is gluten-free does not mean it is less caloric," Bronstein observes.

8. Is gluten behind obesity?

Cutting gluten from the diet assists weight loss. Because the individual stops eating the main sources of carbohydrate in their diet, such as bread, cake, sweets… A lower calorie intake will result in decreases in the balance. That is, lowering calories reduces pounds on the scale. And not by removing gluten. You could lose weight just the same as if you removed sugar, fats, any other substance very present in foods that tends to be more caloric, of course. "Gluten-free diets are pure fads," says Bronstein.

On the other hand, a study by the Federal University of Minas Gerais, conducted last year, divided mice into two groups: the first received a diet rich in gluten, while the second group went on a protein-free diet. At the end of the research, the mice who did not come in contact with the cereals had a reduction in fat, inflammation and insulin resistance. It is worth remembering that the experience was small and further investigations will be necessary to prove the thesis.

"Obesity is a multifactorial disease. If it were caused by a single protein, such as gluten, we would solve the problem easily," explains Fisberg. Too bad, then, that the mission of slimming down an increasingly plump world seems to be more complicated.

9. Has gluten changed in the last few decades?

One of the explanations used to ban gluten from the diet says that the protein has undergone some malicious modifications since the 1960s. The father of the theory is American cardiologist William Davis, author of the book Wheat Belly, which has sold more than 1, 8 million copies and was, for some time, on the New York Times bestseller list.

According to the report, cross-pollination of wheat species by agronomist Norman Borlaug (1914 – 2009) caused drastic – and damaging – changes in the structure of gluten. These changes would increase cases of diabetes, high blood pressure and obesity. However, there is not the slightest scientific evidence on this. "No work has shown that this hypothesis is true," criticizes Fisberg.

About the Author: Mackenzie Brown

My name is Mackenzie and I hail from London, England. I am passionate about healthy food and exercise. I find myself at the gym 4 to 5 nights each week after work and on weekends when I am not busy volunteering at my local animal shelter. I love to travel, read, and listen to music. I am a huge fan of pop music.